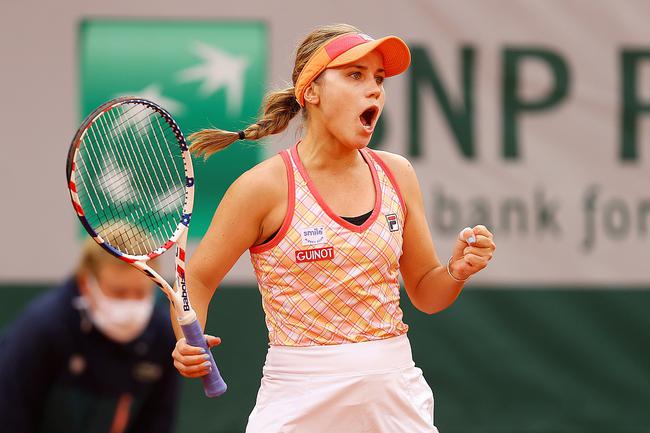 On October 9th, Beijing time, the women's singles semi-finals of the French Open in 2020 will be contested. No. 4 seed Kenning defeated No. 7 seed Kvitova 6-4, 7-5, winning his opponent for the first time in his career and entering the French Open. Women's singles final.

This is the second Grand Slam final of her career (this year's Australian Open). The last player to reach the women's singles final at both the Australian Open and the French Open in the same year was Halep in 2018. Kenning will compete with Poland's post-00 star Sviatek for the championship.

Kova and Kenning have played against each other twice, and Kova kept winning, including the 2018 Miami game and last year's Madrid game.

Today's first set started, Kenning broke serve in the third game, leading 3-1. In the fifth game, Kenning made persistent efforts and broke serve again, leading 4-1. Kova did not give up, she broke back and won two games in a row, closing the score. However, Kenning still held the advantage. She tried her best to keep her serve without losing, and finally took the next set 6-4.

After a 2-2 tie in the second set, Kenning once again took the lead to break serve, and then she saved 4 break points and continued to lead 4-2.

In the next few rounds, both of them held their own serve. Kenning took the lead in winning the game in the 10th round. Kova broke serve in this game and tied the score 5 to 5. At the critical moment, Kenning still withstood the pressure, and then she broke her hair again. In the serve win game, Kenning saved the break point and secured his serve, thus winning 7-5.