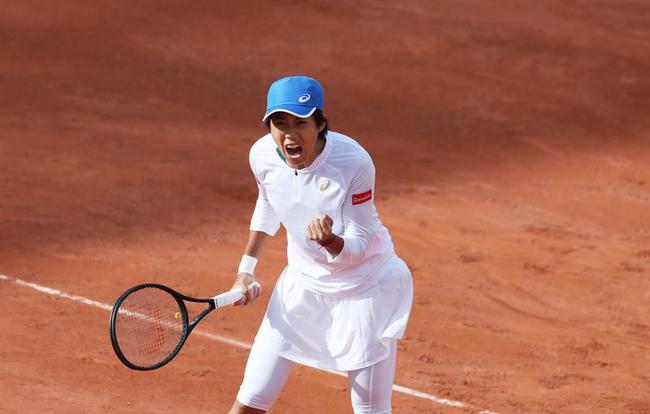 This duel took place at the Simone Mathieu Stadium and took 1 hour and 54 minutes. Now ranked 40th in the world, Zhang Shuai won the first set with one more break. In the second set, he stabilized his position in time under the opponent's crazy counterattack, and finally took the fifth match point to win the game.

"Today is indeed a very difficult game," Zhang Shuai said after the game. "Kone is a very effective and tenacious player. There are many tactical changes. She will not easily win the opponent in any of her games. So I am mentally prepared."

"Paris has always been a city that I like very much. I really like playing in Roland Garros. It was my childhood dream. In the past few years, even if I lost the game, two or three times were very close, reaching the final set 5. -7 In this way, they are all against excellent clay court players. I am very excited to participate in the Grand Slam tournament in such a special year. I also cherish this opportunity and hope to continue to have a good performance."

The last time the two sides played against each other was at Strasbourg a week ago, when China Jinhua won two straight sets.

"She is a very talented girl with very comprehensive skills," Zhang Shuai said when talking about the opponent in the next round. "I was lucky to win the last game. I will continue to summarize the experience of the last time and try to play well in the next game. game."