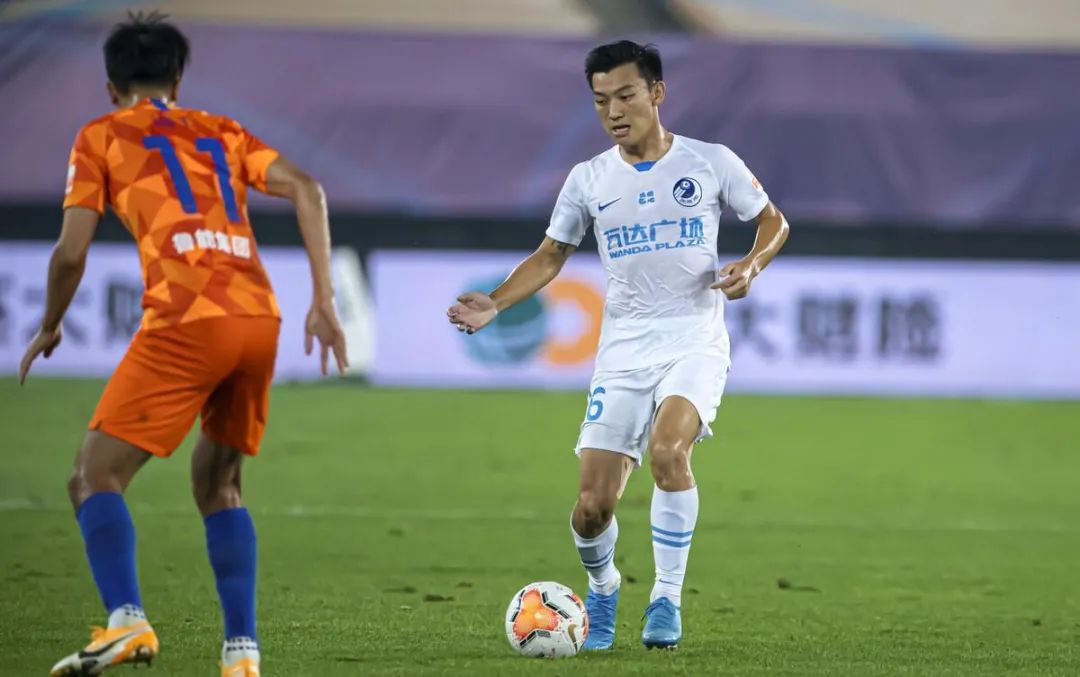 Hupu News on October 1 Recently, Dalian defender Tong Lei was selected for the national football team for the first time. In an interview with "Football", Tong Lei praised the coach Benitez for the high quality of training.

I can't say how dazzling, mainly because of the collective help, many of which are due to teammates. Take steals as an example. We usually train for overall defense. Teammates are responsible for cutting off the line and forcing the opponent to pass the ball to me so that I can steal. Interception is also a joint effort of everyone. So I am very grateful for being able to play a role in such a tactical system and for getting help from my teammates.

We are a relatively young team. In fact, the overall defensive pressure is quite high. I previously considered that the opponent might strengthen the offense from my way, so before each game, I will also seriously think about confronting me. The coach will talk about the characteristics of the person I want to defend, and I will see more. But then as the game progressed, my mentality felt that everyone was the same player. Even if the opponent attacked from me, I didn’t think it was just because I was a newcomer. Instead, I felt that it gave me a chance to practice, and it’s for my growth helpful.

After Shalawi played with him, I felt that he handled the ball very reasonably, and then defending him would not give him space to kick in the frontcourt because he lob was quite powerful.

In fact, I don't think the process of the game is so difficult. Although our overall final ranking is not very ideal, when we are really playing on the field, we don't feel that we are too much worse than our opponents, but we can play even if we feel it. But we don't know why, but in the end it is always a little bit worse and the game cannot be won. In fact, from the first game, we did not say that we were all pressed and beaten, or basically we were offensive and defensive. Therefore, the head coach of every game let us fight and pursue victory with our opponents. Contest, and we are also very serious in implementing the tactics of the head coach, and also feel the hope of winning tactically, but it may be that we are inexperienced and always unable to hold the final victory. There are several games that are particularly regrettable.

Everyone has seen our playing method and running distance. We need to run at all costs to get more opportunities. In fact, there will be a corresponding decline in physical fitness after 70 minutes, but our experience is not enough to make up for our lack of physical fitness. Or in other words, our physical fitness should be stronger, but in fact, I feel that our winter training is already very good. The coach has prepared our physical fitness well. It can only be said that our teeth are not enough.

Coach Benitez said that he knows our pressure, but he wants everyone to persevere, because this is football and life. There will always be lows, and there is only one way before us. We must break through and prove that we are right. Yes, there is no room for retreat. After each game, he will analyze the video for us and tell us that making mistakes is not terrible, but the same mistakes cannot always be repeated and must be corrected. Some may be corrected right away, and some may take time, but no matter what, you must face the error and then resolutely correct it.

A lot. For example, I used to have some emphasis on offense, so I was not very good at pulling the side and catching the ball and recovering the defense. It is the position and timing, and the observation of the position of the teammates is not very good, and then Beni Coach Tes gave me a lot of guidance, which helped me a lot.

Yes, we often communicate during training and also during competitions. My English is not that good, but I can understand even with gestures and movements. Communication is very important, and communication can be coordinated.