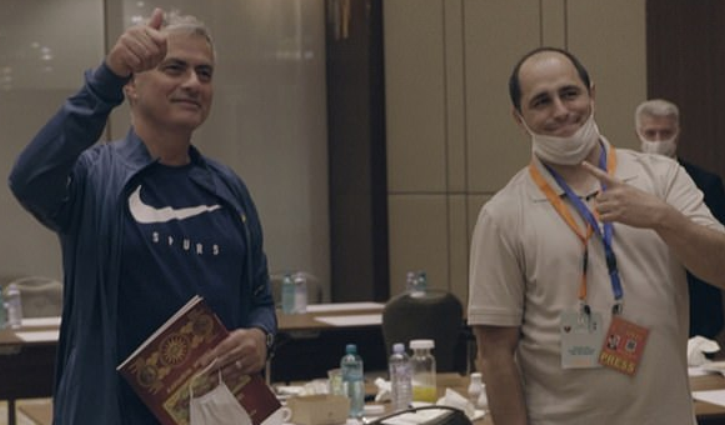 Tiger Fight, September 24. At the pre-European League press conference earlier this week, Tottenham coach Mourinho was asked by a Macedonian reporter whether he could get a photo with him after the game to pay homage to him. The reporter's father.

The reporter said that his father is a loyal fan of Mourinho, and when he was critically ill, he asked him if he could get a photo with the Portuguese. At the same time, he also stated to the "special one" that his father wanted to cultivate himself in his life. Become someone like Mourinho.

In the end, the reporter asked Mourinho if he could take a photo with Tottenham after they got a good result, and framed the photo and placed it in the resting place of his late father to comfort him in the sky.

Mourinho answered on the spot: "

Today, before the European League between Macedonian club Skendia and Tottenham, the freelance writer Igor Aleksandrovic found Mourinho and the two took a group photo.