The Spaniard announced the list of matches against Mirandez, and Wu Lei was again absent due to injury. 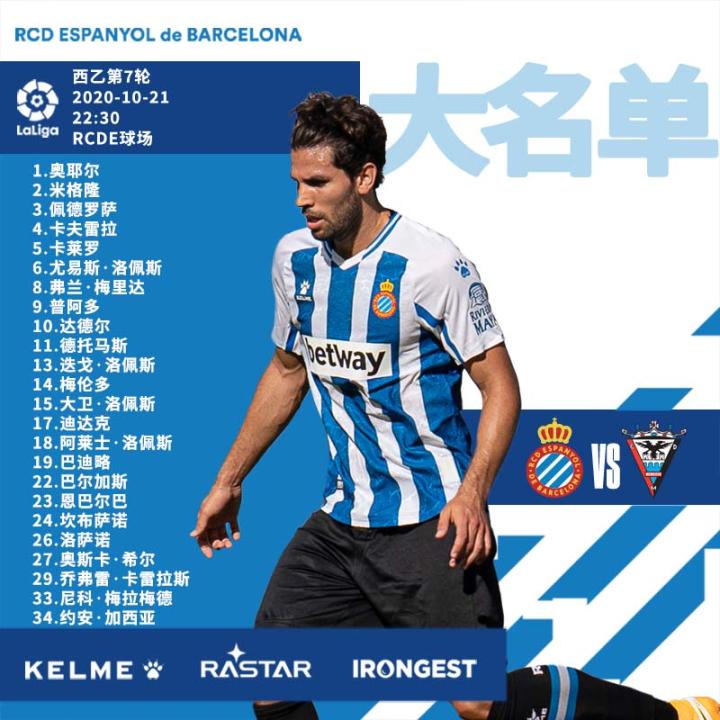 In the last round of the game against Vallecano, Wu Lei was absent due to injury. In his personal weekly journal, Wu Lei once disclosed that he was injured and had communicated with the coach.

This season, Wu Lei played 5 times on behalf of the Espanyol League, scoring 1 goal and 1 assist.