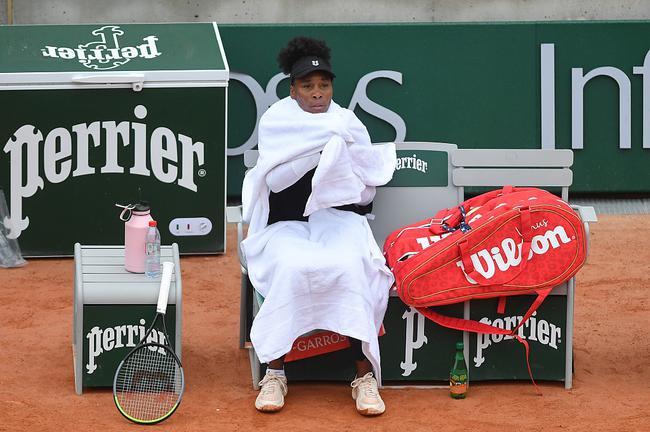 China News Agency, Paris, September 27th, the 2020 French Open will officially kick off in Paris on the 27th local time. The competition faced the dual challenge of a rebound from the epidemic and severe weather.

Due to the impact of the new crown pneumonia epidemic, the start of the French Open in 2020 has to be postponed for 4 months. The organizing committee originally expected that if the epidemic eased, more people would come to watch the game. Due to the recent rebound of the French epidemic, the French Open continued to reduce the number of spectators at the scene in order to cooperate with the official new epidemic prevention measures. The original plan was to enter 11,500 people per day So far, only 1,000 people are allowed to enter the venue per day.

The French Open issued a press release on the eve of the game, saying that the French Tennis Federation worked closely with government departments to determine how to organize the game under the current circumstances and expressed regret for the new restrictions. The new restrictions mean that some spectators who have already purchased tickets will not be able to enter the venue. The organizing committee has indicated that it will arrange refunds for these spectators.

The French Open in previous years was played in the warm and pleasant weather in early summer. The 2020 French Open has been postponed to autumn, which greatly increases the probability of the competition facing bad weather. On the 27th, the whole day was cloudy and rainy, accompanied by strong winds. The temperature in the morning dropped to 10 degrees Celsius, which brought great challenges to the contestants.

The women's singles match between Azarenka and Kovinic that day was affected by bad weather. The combination of wind and rain and lower temperatures forced the game to be interrupted for 45 minutes. After defeating her opponents by 6:1 and 6:2, Azarenka said that she was very happy to finish the game and now she can watch other people play.

Women's singles top seed Halep defeated Tolmo 6:4 and 6:0 to enter the next round. Halep celebrated her 29th birthday on the same day. She said that winning the game was her "perfect birthday gift" and participating in the French Open on her birthday was a "special day".

All the contestants of the 2020 French Open are arranged to stay in a hotel in central Paris. In order to prevent and control the epidemic, in addition to participating in competitions and training, players cannot leave the hotel. This means Halep can't go out to the birthday party either.

The weather forecast shows that Paris will maintain rainy weather for at least the next 10 days. Azarenka said that although the weather conditions are not ideal, they can only rely on the players to adjust themselves to adapt.