According to the Times, Alisson was injured due to an accidental collision in training. Liverpool is still waiting for the severity of the Brazilian goalkeeper's shoulder injury. 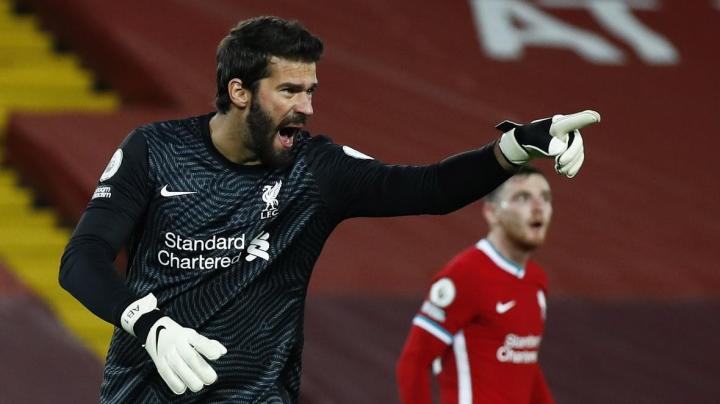 It is reported that Alisson was injured in training sessions on Sunday and was forced to miss the Premier League match against Aston Villa. He is basically certain that he will miss Everton's Merseyside derby after two weeks.

Due to his injury, Alisson will miss Brazil's games with Bolivia and Peru. Liverpool are worried that he will continue to miss many games after the national team match day.

Before the start of the Champions League group stage, Liverpool will usher in a derby with Everton, and then the Reds will participate in a game every three or four days.

If Alisson is absent for a month, his ability to play in the league against Manchester City on November 7 is also questionable, because there is no definite diagnosis.