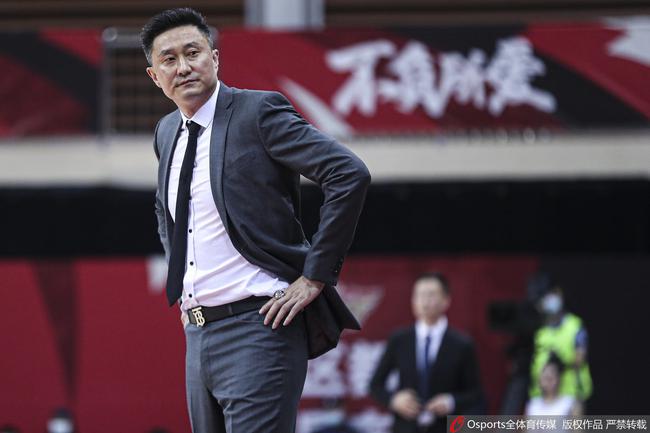 When the players entered the field, Du Feng still kept smiling. But it’s a pity that Du Feng’s smile did not last long. When the Zhejiang Men’s Basketball team scored 40 points in the first quarter, there was no smile on Du Feng’s face. In the process of winning the championship last season, the Guangdong Men's Basketball team only allowed an opponent to score 40 points in a single quarter.

But in this opener that should have been easy and pleasant, Du Feng's strong on-the-spot commanding ability has no effect, and Du Feng's previous "fighting with chicken blood" also did not have any effect. Roaring at his disciples during the suspension of the game in the second quarter, and slapped the advertising board continuously during the suspension of the third quarter, Du Feng had already achieved the best he could, but the effect was really not good.

Back in the second quarter, after Lu Wenbo made a three-pointer to help Zhejiang Men's Basketball lead 43-25, Du Feng applied for a timeout and yelled at his disciples. But back to the top of the court, Lu Wenbo and Wu Qian continued to score, but the Zhejiang Men's Basketball team extended the lead to 21 points. It seemed that Du Feng's roar made his disciples even more dazed.

This is Du Feng's helplessness, and it is also the helplessness of the Guangdong Men's Basketball Team. Before arriving in Zhuji, the Guangdong Men's Basketball Team, which played a "float parade", seemed to be in a state of awake at this moment. Du Feng, who was beaming after receiving the championship ring, had no choice but to accept the frustrating result of the disastrous defeat just like his team.

Of course, whether it is Du Feng or today's Guangdong men's basketball players, they all have enough experience in the game. A defeat, even a miserable defeat, may not make them completely desperate and frustrated, Du Feng And his team is still worth looking forward to in the future. It can even be said that Du Feng's "chicken blood tactics" will still be effective in the future.

Perhaps, this is the biggest consolation for Du Feng and his team after this fiasco. After all, a long season has just begun, and they still have enough time to redeem the shame of the opener defeat.