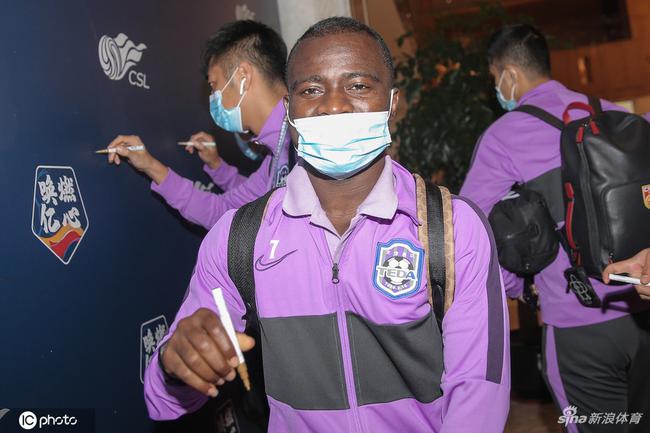 Xinbao News [Reporter Gu Ying] "Inadvertently", TEDA became the first team to enter the Dalian Division in the second stage of the Super League this season. Yesterday morning, they set off from Jinan and flew to Dalian in less than an hour. They arrived at the Crowne Plaza Hotel in the "living area" in the next month at 12 o'clock.

Because many media reporters arrived in Dalian earlier than the teams, they have been reporting on the preparations for the competition in the past one or two days. Therefore, the arrival of the TEDA team can be regarded as a fresh dynamic. Almost all reporters in the "blue zone" Wait early in the hotel lobby. The new foreign aid Suarez is still the focus of the TEDA team, becoming a "good heart" for reporters. Therefore, in the process of getting off the bus, undergoing inspections as required, and checking in, he could only stop, and patiently say what he said more than once the previous two days. It’s nothing more than that I hope that through working hard with my teammates, helping each other, embodying team spirit, and finally completing the task of relegation... There are still a few days before the game, and I will adapt to the new environment of Dalian as soon as possible... Know that the Shenzhen Kaisa Team is a team A very strong team with good players, but the TEDA team’s goal will not change. It must do its best to win...

The day before, I went through a road trip and a warm-up match. I moved to Dalian yesterday. After the team arrived in the competition area for nucleic acid testing, everyone was isolated in their room and rested and adjusted. After a short isolation, the nucleic acid was obtained in the evening. After the inspection report is released, the coaches and team members can move freely, familiarize themselves with the environment, and dine in the restaurant. The TEDA team’s restaurant on the first floor of the hotel was quiet yesterday and basically enjoyed it alone. Today, the Shenzhen Kaisa Team and Guangzhou R&F Team who share the restaurant will also arrive.

It was reported yesterday that before departing for Dalian, the Shenzhen Kaisa team issued strict team rules. Violating any of them is equivalent to touching the "red line" and automatically canceling the contract with the club. Let's leave it alone,