In the summer of 2013, the 20-year-old Thomas was loaned to Mallorca by Atletico Madrid. When he introduced himself to his new teammates, he always smiled and said: "My name is Thomas Partei, not fiesta!"

This sentence often makes teammates laugh, because in Spanish, fiesta means party. "In the years after that, whenever we met, he would smile and say that." said Jose Luis Oltra, then the head coach of Majorca. However, Thomas's ability to play has left a deeper impression on him. 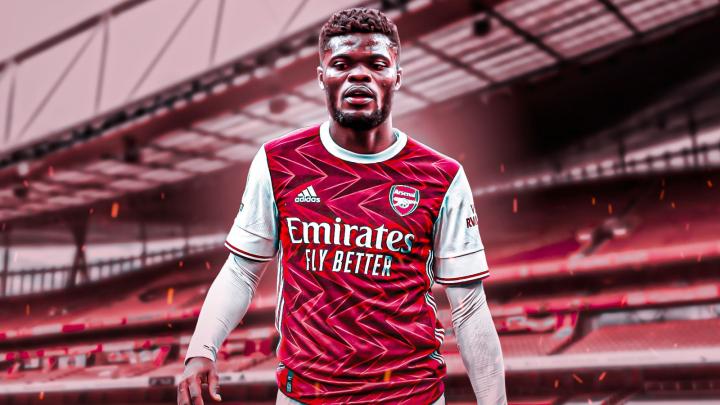 At the time, Thomas, who joined Mallorca on loan, was regarded by many as a midfielder with great potential but still needed time to hone. Thomas spent a year in Mallorca, then was rented out to Almeria, and then returned to Atletico, step by step to become a key player in the coach Diego Simeone lineup.

Today, Thomas has become a member of the Premier League club Arsenal.

Arteta hopes Thomas can strengthen the team's midfield, and those coaches who are familiar with Thomas believe he can do it.

When Thomas was still young, Atletico Madrid coaches realized his potential. Former Atletico youth training coach Vi-Banos revealed that Thomas participated in a game against Getafe U18 youth team during Atletico's trial training. After the game, he decided to keep Thomas with the team.

"You can quickly discover that he has more mature skills than players of the same age." Banos said, "First of all, his passing is very accurate and efficient. At the same time, he can run very well, which is very good. Awareness of position selection."

Earlier, Thomas played for a Ghanaian team called Tema Youth, and his agent José Giménez arranged for him a trial training for Atletico. Thomas was determined to seize that precious opportunity and did not even tell his family before leaving for Madrid.

This was a bold decision, but Thomas never regretted it. Soon after the trial training ended, Thomas signed a contract with Atletico Madrid and quickly grew up in the Youth Training Academy of the Sheet Army. “Atletico Madrid’s youth team always has a lot of high-level players.” Banos said, “I have been fortunate enough to coach players such as Lucas Hernández and De Gea over the years, but Thomas is different. He has extraordinary potential." 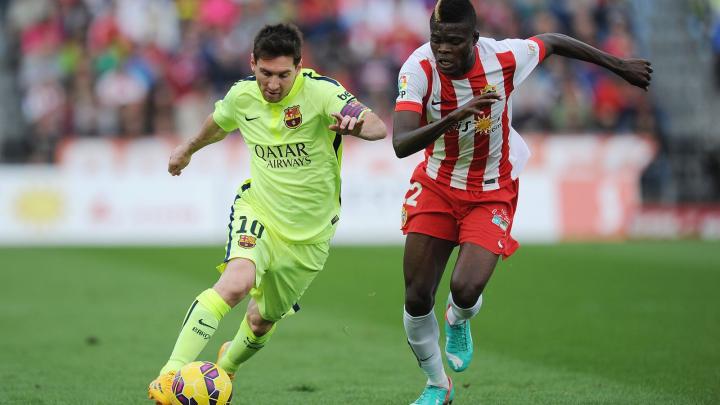 Thomas was quickly promoted to the Atletico Youth A team (U19 youth team), the first team coach Simeone and his assistant Herman Burgos also realized his potential. After Thomas joined Atletico Madrid in his first season, he even took part in a preseason trip to Colombia with the first team.

"To them, Thomas is a very attractive player because he has a maturity that does not match his age. He always abides by discipline and is full of respect for other people... I will never forget, in daily training After the end, he would walk forward to shake hands with me, thank me for my guidance and advice to him. In the locker room, he is always a great player."

There is no doubt that these characteristics of Thomas can also attract Arteta, because Arteta attaches great importance to teamwork and collaboration. But for Thomas at the time, due to the fierce competition within the team, it was difficult for him to enter the first team. In the midfield position, Simeone is more inclined to choose experienced Gabi, Thiago and Mario Suarez. Cork and Saúl are also ahead of Thomas.

At the beginning of the 2013-14 season, Thomas joined Mallorca on loan, when the latter had just dropped into the Spanish second division.

Although he still lacks game experience (Thomas had previously played in the Spanish third division with Atletico Madrid B), but he quickly gained a foothold in Mallorca and replaced captain Jose Luis Marti in the midfield position. He played 38 games for the team during the season and scored 5 goals.

Although Thomas’ abilities are beyond doubt, he still has a lot to learn. "Sometimes he throws the ball in dangerous areas of his own half, very close to our central defender. He finds it very difficult to turn around in those areas, and it is not easy to send the pass the first time. Thomas made some mistakes, But we still value him and will let him watch the video of the game. He is open to suggestions and everything we try to teach him." 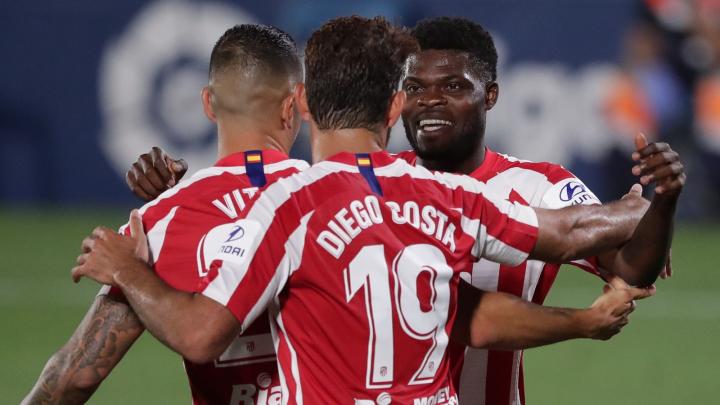 "As a young player who has performed well in all aspects, he is still eager to grow. Thomas is a very professional player, loves football, has a regular life, and always takes good care of himself. These are what he can continue The reason for progress."

Thomas quickly reduced the number of mistakes while consciously improving his physical fitness. "Today, Thomas's body is very strong, but it was not like that back then." Oltra continued, "He worked hard to improve his physical fitness and endurance, his ability to withstand pressure has also improved, and he can do more things when he has the ball, such as Try a long shot."

As a midfielder, Thomas has a good scoring ability. "Now he can score 6-7 goals per season on average, which is very rare for a player like him who connects the team's offense and takes on defensive tasks in front of the guard." Banos said.

During his two seasons with Majorca and Almeria on loan, Thomas has made great progress.

"Thomas is a young man who has a deep understanding of football games. I have arranged for him to play as a front midfielder, midfielder, and even made him a cameo as a central defender." Former Almeria coach Sergi Bajuan was receiving the Spanish "National The newspaper said in an interview.

Thomas has excellent tactical awareness and can adapt to many different positions, but after returning to Atletico Madrid, he still had to face fierce competition. In two consecutive seasons, Thomas only played 9 La Liga games on behalf of Atletico, and most of the games appeared on the right instead of the center.

However, Thomas did not want to leave the team because of frustration, but determined to stay at Atletico Madrid to prove himself.

"Thomas has a lot of good people around him. For example, Thomas' agent will always provide good advice, and he is willing to wait down to earth for opportunities. Thomas knows that some players are ranked ahead of him, and he can understand. He is a very serious team player." Banos said.

For Simeone, Thomas' all-rounder attribute is a valuable asset for the team. But it was not until last season, with Rodri joining Manchester City, that Thomas was finally able to stand on the heels of his favorite midfielder position. 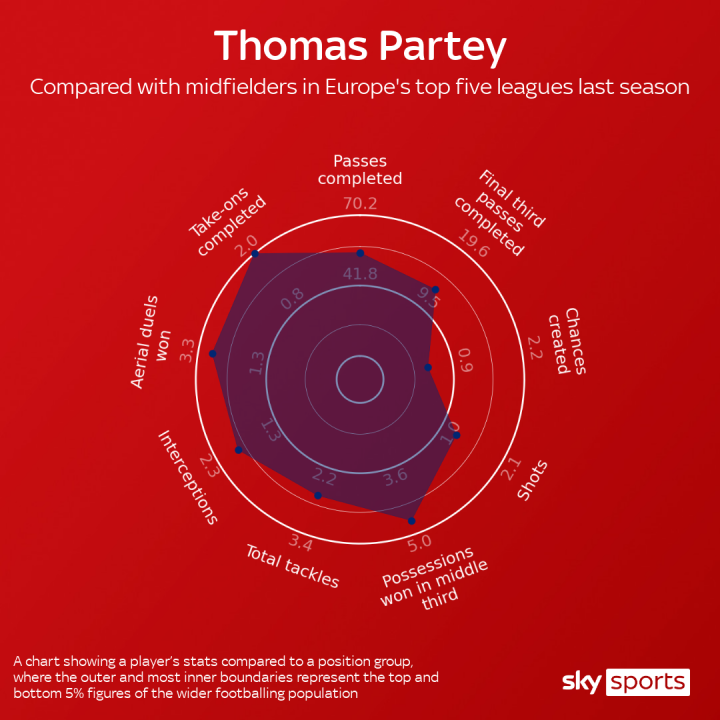 Thomas needs to take on huge defensive responsibilities, but he can still contribute to the team offensively.

"I think Thomas has made the most progress in the last pass over the years." Banos said, "He is not only a defensive midfielder, he can also run freely on the court and has excellent Scoring ability."

Oltra also said: "He is an omnipotent guy."

Last season, Thomas showed his all-round ability in the Champions League. In the two rounds of the Champions League quarter-finals against Liverpool, Thomas ranked first in the Atletico Madrid team in tackles, helping the team reach the quarter-finals. At the same time, he is also the Atletico Madrid player who creates opportunities in sports battles and passes the ball to the opponent's three areas the most. In terms of offense, only two Atletico players have completed more shots than him. 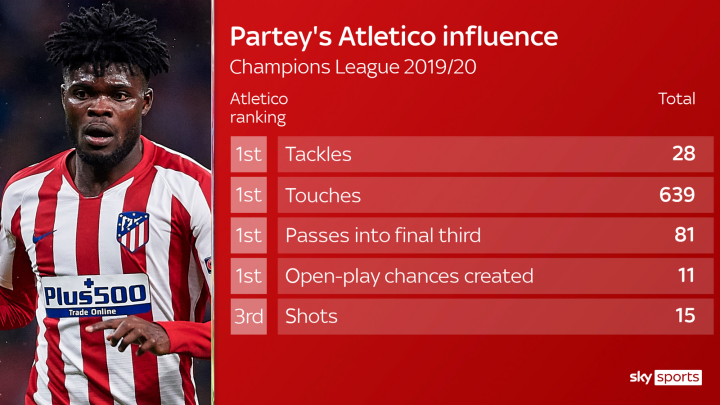 Atletico coach Simeone has a very high evaluation of Thomas. He said last year: "Thomas is an unparalleled player."

Not long ago, Simeone claimed that Thomas was capable of playing for "the best team in Europe". "Thomas understands his position on the court very well." Simeone said, "He can not only help the team complete the transition from defense to offense, but also can shoot, score, provide assists or deliver key passes for teammates."

Thomas' teammates felt the same way. The defender Tripier, who joined Atletico Madrid from Tottenham last year, said: "His performance is incredible. He has extraordinary physical fitness and is good at interrupting opponents. Technically speaking, he is almost omnipotent. I think it is not a problem for him to adapt to the Premier League."

Interestingly, Banos had served as a scout for Arsenal, and he was also happy that Thomas joined the Gunners.

"I often say that considering Thomas' style of play, he is a perfect player for the Bundesliga or the Premier League. He is ready for this and will definitely be able to win in a club like Arsenal."