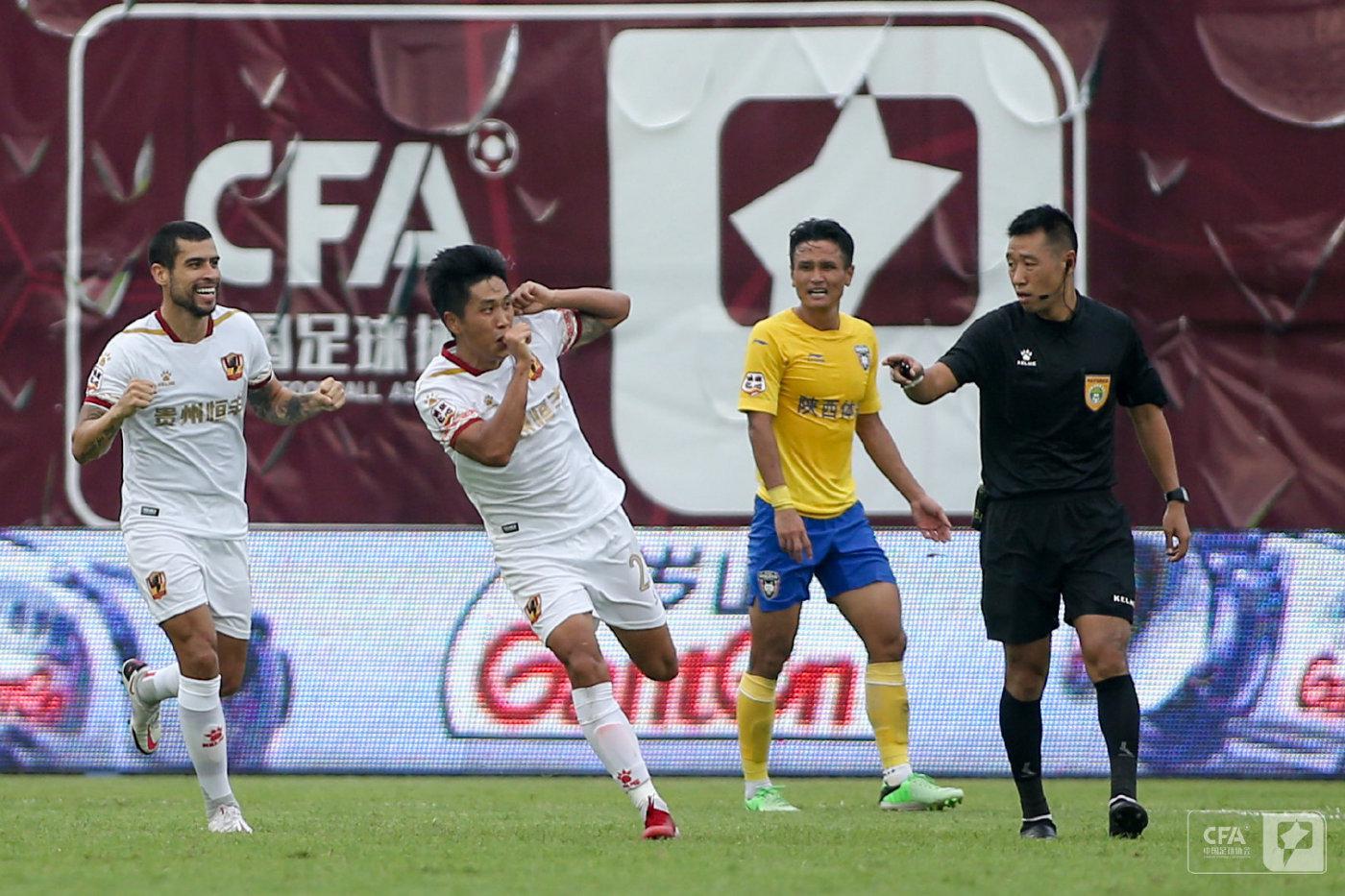 The Chinese Professional Football League is a league highly dependent on foreign aid. It can be said that with the exception of a few players in a few teams, the majority of Chinese players have little difference in level. The repeated upset in the Football Association Cup's upper middle and second teams' rule that their opponents can't get foreign aid is the best proof. While foreign aid can become the core of the team, the most important sign is the ability to score.

In the first three games of Hengfeng, the All-China class played in a 1-1 tie with Zhejiang, then a 0-0 tie with Meizhou, and then a 0-2 loss to the newly promoted Shenyang City. They only won the three games. One goal, and the only goal was given by the opponent's own. If such a state of competition continues, Hengfeng's desire to compete for the Super League this year will undoubtedly become the flower in the mirror and the moon in the water. On the 23rd, although Hengfeng's three foreign players still did not start, they all entered the big list. Among them, Maglika was closed. It can be seen that the record of two draws and one loss in the first three games has brought a huge to the team. pressure.

In the first half of the game, Hengfeng's offensive efficiency was obviously better than that of the opponent, among which Liu Hao, No. 27, shot the center post in the counterattack. In the second half, the head coach Wang Xinxin replaced two foreign aids, Magreka and Motta. In cooperation with Motta, Liu Hao got another chance and scored the only goal of the game for Guizhou Hengfeng.

Da Qin Zhishui fell behind by one goal in the first three games, and then scored three consecutive ties with the captain and former international Yang Hao's three goals. Hengfeng takes the lead and enters the familiar rhythm of the opponent? In the 77th minute, Li Yingjian, who had played for Hengfeng in the opposing team, was sent off with a red card for kicking the private part of the Hengfeng player. One less player, Da Qin Zhishui was unable to return to the sky. In the 86th minute, Yang Hao was also replaced and Hengfeng steadily maintained the score to the end.

Liu Hao said after the game that he thought the team should have scored a long time ago. He was very satisfied with himself and believed that this would be a new start for the team. It is also worthy of Liu Hao's happiness that he had just become a father just the morning before the game.

After the game, Wang Xinxin said, “The game was not easy. The previous record of two draws and one loss put us under a lot of pressure before the game. We are very happy to win, but I think they have not reached the usual training state, especially I was very dissatisfied with the performance in the last ten minutes of the game. They could have done better, but they made the simple game complicated."

When talking about the state of foreign aid, he said that Maglika is still injured. Neither he nor Mota have participated in the training confrontation exercises, and are far from reaching their best state. "I hope to catch up slowly. "