Many people don't know that Vietnam, as far away as a corner of Southeast Asia, is actually a strong fan of Chinese culture. If you talk about the study of Chinese characters alone, their history is even longer than that of Japan. As early as in the Qin Dynasty, the general Zhao Tuo led his army to place Vietnam under the jurisdiction of the Qin Dynasty, and the Central Plains culture gradually spread to the Vietnamese area. In the period of Emperor Wu of the Han Dynasty, Chinese characters were officially introduced to Vietnam. At that time, Vietnam belonged to Jiaozhou and belonged to the Northern Central Plains dynasty. The upper class of Vietnam was proud of using Chinese characters. 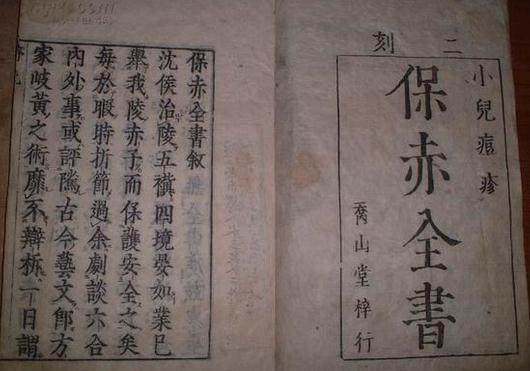 Just like the status of Chinese characters in the hearts of Vietnamese people, they want to create their own cultural system and achieve "de-sinicization", but they cannot completely ignore the existence of Chinese culture. In this context, imitation plagiarism has become the main theme in Vietnam in recent years. 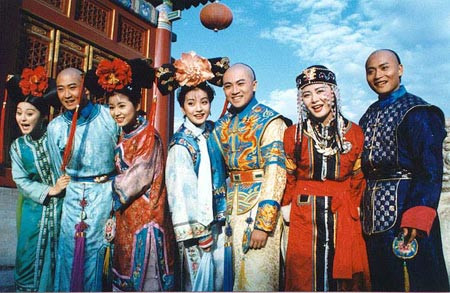 In the summer of 1998, Little Swallow and Ziwei became well-known film and television characters in China. Actors such as Zhao Wei, Ruby Lin, Su Youpeng and others all took advantage of this TV series to embark on a rapid development of their acting career. Since then, Zhugege has successively launched the second and third parts. Although the effect is not as good as that of the previous year, it can also be among the hottest dramas.

Huanzhugege's influence is by no means limited to China, Vietnam has also become a place where the trend has spread. In order to catch a wave of enthusiasm, Vietnam has also made a remake of Huanzhuge in recent years, but the final effect is really shocking. 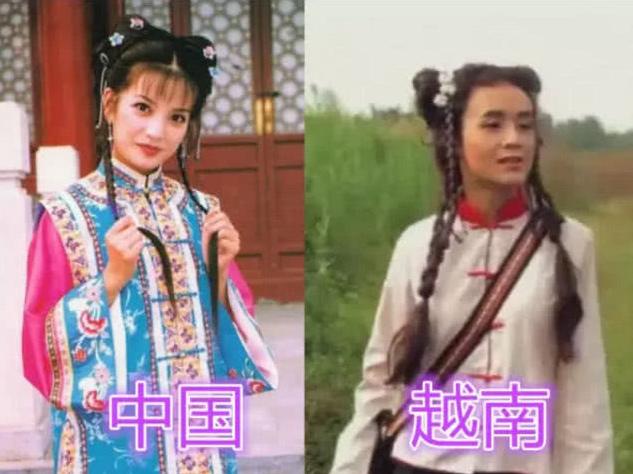 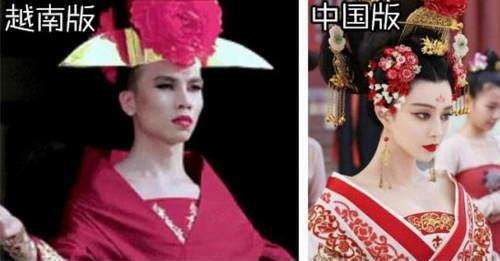 The Vietnamese have not been frightened by the continuous negative reviews. They have subsequently remade many popular Chinese TV series, including "Three Lives III and Ten Miles of Peach Blossom", "The Legend of Wu Mei Niang", "The Legend of Condor Heroes", And "Flower Thousand Bones".

Generally speaking, instead of calling such TV shows a remake, we call it a spoof. Regardless of the production quality, the personnel team or the follow-up promotion, this kind of film and television works are difficult to be elegant. If the Vietnamese want to replicate the success similar to "Han Zhu Ge Ge", it is not enough to rely on a brainless remake.

With Vietnamese audiences criticizing poor remakes, Vietnamese film and television companies have also embarked on the road of large-scale production in recent years. Last year, Vietnam launched an overhead palace fighting net drama "Secret Changsheng Palace", but the plot is completely a combination of "The Story of Yanxi Palace" and "Zhen Huan", even some of the lines are exactly the same. 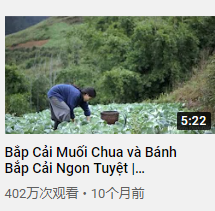 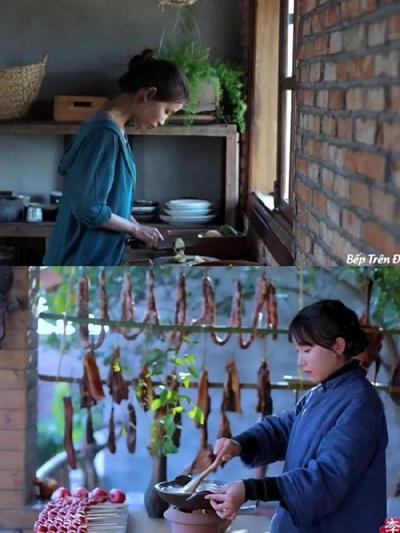 The Vietnamese blogger said that she lives in a small village in northern Vietnam, and the video focuses on her own healthiest food and vegetables. But according to people's comparison, the Vietnamese blogger seriously copied Li Ziqi's video to create inspiration. From content, lens, style to hairstyle, clothing, kitchen decoration, even grandma and puppy, they are exactly the same as Li Ziqi's video.

Once the Vietnamese blogger was exposed, it immediately aroused heated discussion among Chinese netizens. Many people suggested that Li Ziqi should defend his rights and sue the plagiarism. Some people think that although the Vietnamese blogger’s video is intended to be used for reference, the core idea is still slightly different from that of Li Ziqi, and cannot fully constitute a "crime" of plagiarism.

As things gradually fermented, even Vietnamese netizens couldn't stand such naked plagiarism. Many netizens expressed their dissatisfaction with this behavior in the video comment area:

"Please don't copy the work of others! You should know that this is a shame for your own country. Our country is ridiculed because of you, and I feel sad as a Vietnamese. Vietnam has its own beauty, we don't have to Copy the beauty of others. Stop being a copyist, and have a little life of your own!"

"I want to know if you keep Vietnamese traditions in mind before making videos. We in Vietnam have a long history and traditions that we can be proud of. Why copy others? You can make better videos to promote our country and traditions. I Think you are a peaceful vegetarian, so please be aware that what you are doing now is immoral. Vietnam needs talented chefs, not copyists." We are currently checking the homepage of this Vietnamese blogger and found that she has been in a state of suspension since the plagiarism crisis. But when people thought that the Vietnamese blogger would quit completely, she released a new video on August 12, which seemed to be about to return.

The Hong Kong music scene in the 1980s and 1990s is known as the golden age, and many classics that have been sung for many years were born during this period. However, some people define the so-called golden age as the "plagiarism age". Many works are directly based on foreign famous songs. 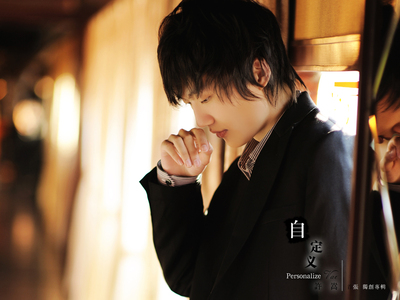 No one thought that Chinese songs would one day be the target of imitation and plagiarism. In 2015, Vietnamese singer Gao Fengying released a single on a video website, which has reached more than 10 million views in a short period of time. However, it was later discovered that the Vietnamese singer named Gao Fengying was suspected of plagiarizing Xu Song's "Why Not". Most of the song is very similar to "Why Not", and the chorus is exactly the same. 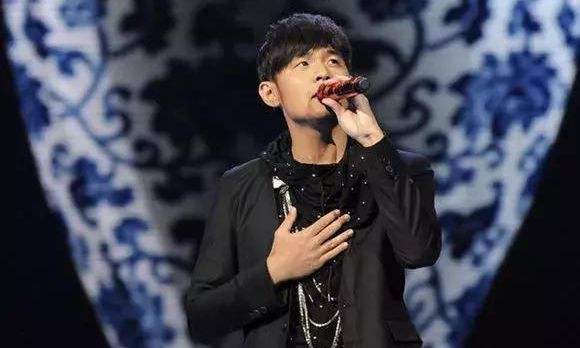 In addition to Xu Song's "Why Not", Jay Chou's "Blue and White Porcelain" and "A Thousand Miles Away", Hua Chenyu's "The Monkey King", Lin Junjie's "Jiangnan", Chopstick Brothers' "Little Apple" and other Chinese songs have all suffered. By the imitation and plagiarism of the Vietnamese singers, even Tu Honggang's "Faithful to the Country" failed to escape the magic.

As far back as the 1980s and 1990s, as far as the present, songs that have a certain degree of communication in the Chinese music scene will almost always become imitations of Vietnamese singers. No wonder some netizens joked: "The Vietnamese music scene depends on China to feed it!" After the incident was introduced to China, it immediately aroused extensive discussion. Under the pressure of huge public opinion, Dennis finally changed "promoting Vietnamese culture" to "promoting Asian culture". Regarding the controversial plagiarism of the Chinese phoenix crown, Dennis claimed that this is actually the hat of East Asian women when they get married and is not exclusive to China.

Dennis also quibblely said: "The dressing of Chinese costume films is not exactly the same as history, but after people get used to it, they will think that it is ancient Chinese costumes. Sooner or later, the new image created will convince the public. It’s a matter of time." 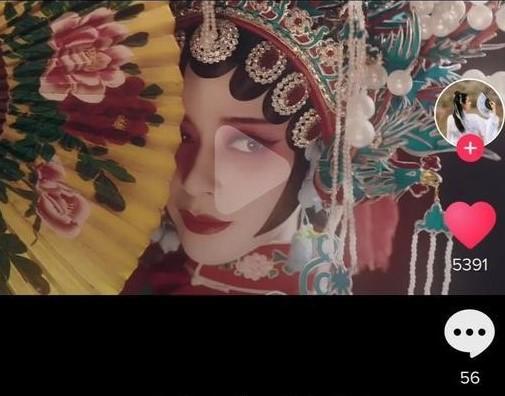 Dennis' public relations team is also powerful enough to be able to speak of naked plagiarism so fresh and refined. It is hard to imagine that such a far-fetched statement has actually won the trust of many Vietnamese people. Someone posted a short video of a Chinese drama on TikTok, and many Vietnamese immediately heard the sound, saying that "the Chinese have copied Dennis' phoenix crown design."

However, fairness is in the hearts of the people, and most people's criticism of his plagiarism has not stopped there. Dennis has never published any music videos involving Chinese culture in the future. 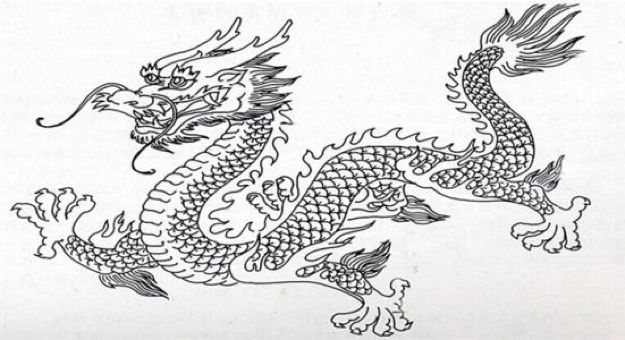 According to Vietnamese netizens, what is the difference between "Vietnamese dragon" and "Chinese dragon"? The answer is dumbfounding: The Vietnamese think their dragons are more friendly.

Soon after, the Vietnamese people organized another event called Yuefu Catwalk. The event was even praised by the Vietnamese official media, believing that it could "promote traditional Vietnamese culture." 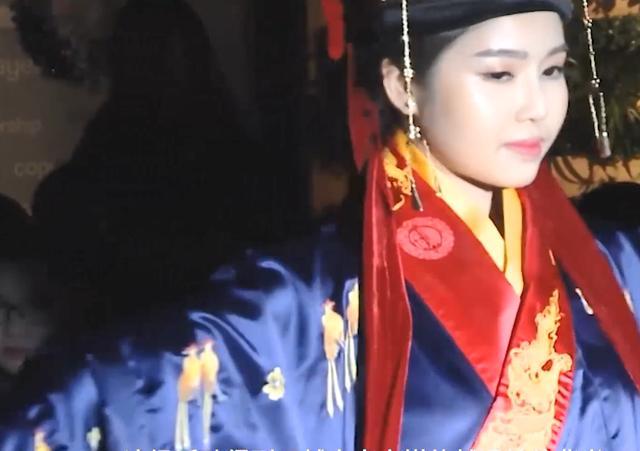 Take a closer look at the clothes of the models on the Yuefu catwalk, and confirm that this is the so-called "Yuefu" rather than "Hanfu"? Vietnamese netizens also gave an incredible explanation. They think that the sleeves of the Yuefu are wider and the collar is lower, which is still far from the Hanfu. 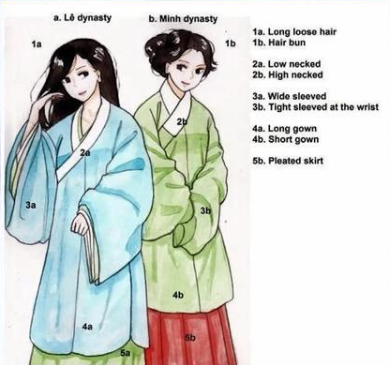 In the TUMBLR's Yuefu district, we have seen the official explanation of the Vietnamese for Yuefu. But looking at it horizontally, what is the difference between the so-called Yuefu and Hanfu? Can this be regarded as the original culture of the Vietnamese?

In recent years, the influence of Chinese TV dramas overseas has increased day by day, and Asia has already set off a "Chinese drama fever". In order to satisfy the public's desire for Chinese TV series, many Vietnamese websites have also begun to introduce Chinese TV series one after another, adopting a webcast strategy synchronized with China. 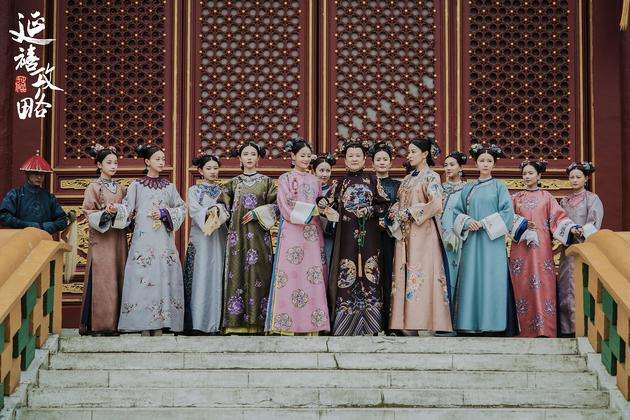 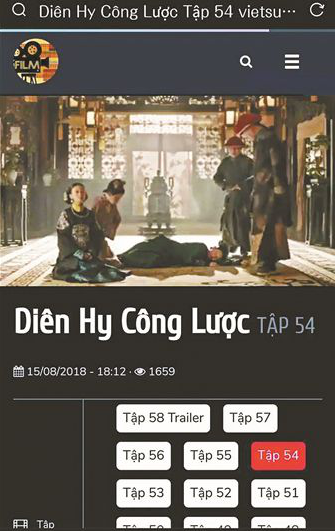 The show is 70 episodes in length, but the two episodes are updated daily and the broadcast frequency is stopped on Monday. Obviously, the audience's enthusiasm for the show cannot be satisfied. Many observant Chinese viewers have discovered that Zing TV, the largest video broadcasting website in Vietnam, can not only watch the show for free, but also leads iQiyi VIP by as many as 10 episodes!

Why did Zing TV get the right to broadcast "Story of Yanxi Palace"? Why is the update speed of iQiyi VIP slower than Zing TV for 10 episodes? 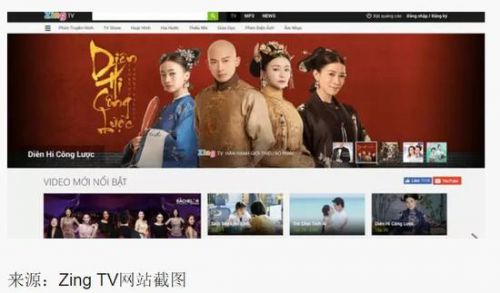 It turned out that Zing TV did not obtain any authorization. What they did can be described in one word-piracy. The so-called latest resources are secretly copied by Zing TV, which seriously violates relevant copyright regulations. In addition, many netizens found that the homepage layout of Zing TV's website almost completely copied iQiyi, and many of its contents were plagiarized from Chinese TV series!

For many years, Zing TV has relied on shamelessly plagiarizing Chinese TV series to make huge profits, and they have to charge up to 220 yuan for VIP annual fees a year. Including "One Thousand and One Nights", "The Legend of Yun Xi", "Meteor Garden", "The Meng Concubine Arrives", "Three Lives III Ten Miles of Peach Blossoms" and "Small Smiles Are Allure" and many other domestic hits are inevitable Magic hand. Different from blind copying and imitation in many fields, Vietnamese football has embarked on a fast-rising path in recent years. With solid youth training and reasonable road planning, Vietnam not only won the East Games championship, but also won the runner-up of the 2018 Asian Championships and entered the Asian Games Men's Football Final Four.

Vietnamese football's takeoff is inseparable from decades of hard work that has been steadily and steadily. Compared with that, Vietnam's performance in other fields is much more impetuous. The establishment of cultural confidence can not only be accomplished by imitating plagiarism. If you want to truly establish your own cultural tradition, Vietnamese people have to learn from their football field.