Recently, Real Sociedad defender Robin Le Norman accepted an interview, he said that his idol is the French star Blanco. 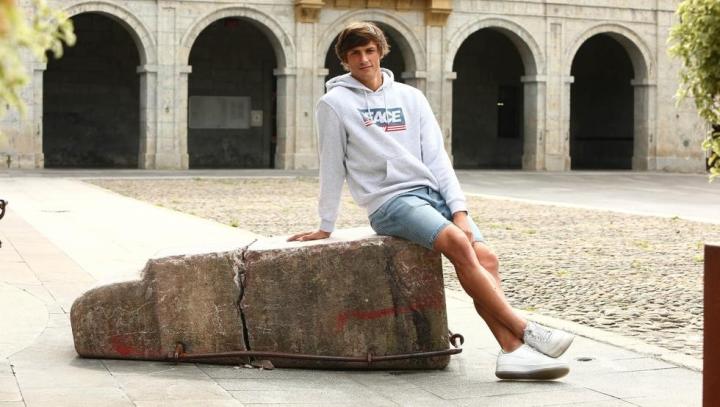 In addition, Lenormand also expressed his hope to enter the French national team.

"It was Eric Olhart who recommended me to come here. At that time, I still accepted a period of trial training, and finally the team decided to keep me. I have made a lot of efforts and made a lot of effort to this step. A lot of sacrifices and a lot of help from people. Real Sociedad is kind to me and I must repay the team."

"Real Sociedad is a club with a very complete structure and a very large size. Compared to my club in France, this is another world. The team at Real Sociedad is very good and the facilities are very complete and convenient. The players are here. There will be no discomfort in study and life."

"Yes. At the time I was still playing for Real Sociedad B team, and Aser Galitano gave me the chance to make my first team debut. I was very happy to have 7 chances in La Liga in the first year. It is my dream to play in La Liga."

"This proves that the club fully trusts me, which makes me proud. As I said, Real Sociedad is the club that gives me the opportunity to realize my dreams. I want to continue to improve and grow with the club."

"No. I want to continue playing at Real Sociedad."

"Be 6 years old and play with your classmates."

"This is a compliment to me. They are champion players, great people who have experienced many wonderful moments. I have not won any championships with Real Sociedad now, so...Thank you Ascalkota The coach praised me like that."

"No, but I know their names. Football in the 1980s is very different from now. Watching their game videos does not have much learning significance. I hope I can succeed in the Royal Sociedad like them."

"Well, as I said, football is developing very fast...Even Blanco's era is very different from now. Modern central defenders have very high demands on the ball, even sometimes You need to participate in the offense...Of course, the defensive job must also be done well. Today's central defenders are much more comprehensive than those of that era.

"Playing for the French team is the dream of every French player. Now I have to keep working hard and focus on my work at Real Sociedad. I do look forward to Deschamps' call. Let's see what happens."

"I don't think there is anything uncomfortable. The difference between the left and right central defenders is quite small. Many central defenders take both sides. The coach arranges for me to play the left central defender and I will play. There is nothing to say. Some central defenders will complain about going backwards. The ball is difficult, but I feel it’s okay. Adjust the intensity and direction a bit, the effect is not too big."

"The team we are in has a lot of strong teams. This year's European war is not easy to play, but this is a very exciting challenge. I can't wait to change into the European war jersey. We are also working hard and trying To realize my dream of being a champion. Of course, no matter what the game is, I will go all out to defend the honor of the Royal Society."